Wait for Me / Moby 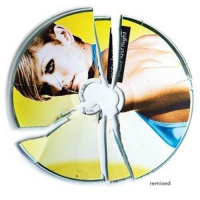 Abstract: Last Night Remixed is a remix album by Moby, released following 2008's album Last Night. Moby has been quoted saying â€œRemixes in 2008 are more important than they've ever been, and the great thing about the ubiquity of software like Ableton and Logic is that now almost anyone can be a remixer. Amazon.com had this to say about it under its album information box: â€œ 2008 is the year Moby kept the dance floor hopping, and the legendary DJ continues on by bringing together some of the best remixes from this year's Last Night. Delivering 13 separate mixes, Last Night Remixed brings them all together in one continues, booty shaking track. With help from names like Freemasons, Holy Ghost!, Shapeshifters, AC Slater and more, putting this album in is as good as having Moby along DJ'ing your own private party. After the meditative electronica of 2002's 18 and the singer-songwriter moves of 2005's Hotel, Moby returned to the dance floor with a vengeance on his new album Last Night, released on April 1st, 2008. Spanning hands-in-the-air, Smiley-faced rave anthems, cosmic Giorgio Moroder-styled Euro-disco, hip-hop both old school and underground, and downtempo, end-of-the-night ambience, Last Night is a dance music tour de force that looks back at Moby's deep roots in the club scene at the same time as it embraces the future (Wikipedia) My Life in the Bush of Ghosts / Brian Eno, David Byrne